Nearly 100 ancient woodlands will be damaged or lost by the new high speed rail link, HS2 — that will connect London to Birmingham as part of a £55.7 billion project — according to a campaign group.

The Woodland Trust says it will threaten 36 of the UK’s ancient woodlands, with a further 27 that will suffer from the secondary affects from noise, disturbance and pollution. Some of these woodlands are a unique home to rare and often vulnerable plant species and micro-organisms which deserve the protection of national heritage. 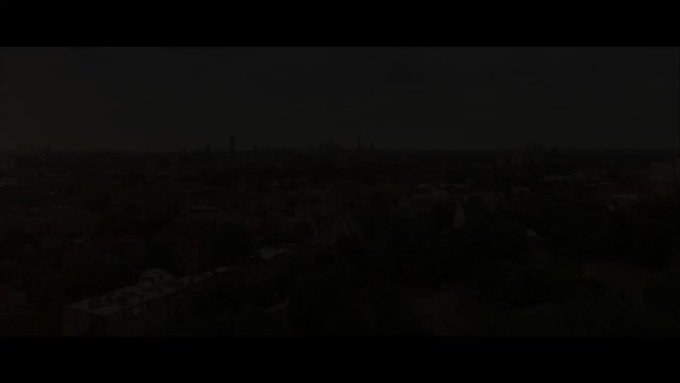 Phase 1 of the 20 year scheme, which will operate between London and the West Midlands is set to cut journey times by just over half an hour.

The Woodland Trust have been backed by local communities, who are campaigning against the railway, over concerns that the 10.5 hectares of irreplaceable ancient woodland– which have been round for millennia – will be lost. They contain hundreds of rare and threatened species, a rich plant diversity, as well as boasting displays of bluebells and wild flowers in the spring.

Yara Ghrewati, a campaigner for the Woodland Trust tells The Voice of London:

“The eco-systems that exist within our ancient woodland, like the rainforest, are very valuable for our climate. They reduce flooding,  encourage wildlife diversity, and are great for soil nutrients and to produce oxygen.”

She goes on to tell The Voice of London:

“The Woodland Trust and its members already responsible for convincing MPs to support a tunnel extension in the Chilterns in order to save nine hectares of ancient woodland, and we were successful in doing so. Cutting through ancient woodland is cheaper and less time costly then building a tunnel going underneath. For this reason we will keep campaigning.”

Should we be taking a leaf out of China’s book? The creation of a ‘Forest City’, will help combat the heavily populated and polluted cities. The urban oasis is set to house 100,000 humans, but will also be rich in a diversity of birds, insects and wildlife. You can read more about the project here: Stefano Boeri Architetti.

Theresa May tells the BBC that the line will, “move millions of air and road trips to the rail”.

Commenting on May’s statement to the BBC, a DfT spokeswoman says: “It is super quick, therefore it will require fewer stops and less energy is expanded on repeatedly breaking and accelerating.”

Yet, sceptics are quick to point out that the high speed rail won’t transfer passengers from air to land, instead it will increase the amount of London to Birmingham commuters. Not to mention, the HS2’s 250 mph train will use 50% more energy than the Eurostar, and up to eighteen trains will run per hour in each direction.

Many protestors spent the night under diggers, tied themselves to trees and are calling out on social media for support. Whilst the online petition to repeal the project went viral, gaining thousands of signatures, HSR2 will is still set to cut through woodlands.

10,000 signatures in less than a week – but please keep signing and sharing our Petition to Cancel HS2 https://petition.parliament.uk/petitions/200793 …

HS2 is a vanity project, lobbied for by the firms who will make billions out of building it, at a time of continued austerity and cuts to essential services. Independent economists, rail experts and…

Air pollution on the rise

According to London Air, London breached its 2017 annual air pollution limits in just five days. Mayor of London, Sadiq Khan, promises the city that he will take actions to reduce the harm toxic air can have on the young and elderly citizens by ‘placing warning signs on bus stops and on the roads.’

Yet the Government will be facing legal challenges by an NGO called ClientEarth, who have already succeeded in winning two court battles against the environmental minister, Micheal Gove after findings from the Royal College Physicians released a report claiming 40,000 deaths a year are caused from the poor air quality.

Some would argue the responsibility to clean up London’s air is in the hands of the government. But if plans go ahead to implement the high-speed rail project, many more lives will be lost due to pollution. You can read more about the clean are fight in London here.

If you’re a nature lover, like myself, you might want to follow my woodland survival adventure on Voice of London next week, and learn about the health benefits of being in the wilderness